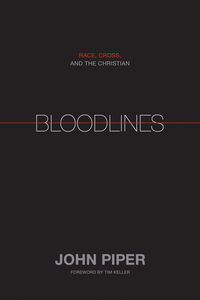 Trillia to Natasha: Dr. Piper describes himself as having a debt to pay. He says, “I have a debt to pay. I have already confessed in chapter one the racism of my youth. As much as I tore down, I would like to build up. This is not a penance–as though I did not believe the blood of Christ were sufficient to cover all my sins. This book does not atone for anything….That is not the kind of debt I have to pay. If I slander a colleague and later I repent, I owe him the effort to restore his name… (536 on kindle).” Do you believe those who were racist in the past have a debt to pay?

That’s a deep question, Trillia! I don’t know if I would have had the words to answer it last week. Part of my silence would have been a result of fear. Fear that whenever you address something as serious as racism in 500 words or less, people don’t get all of you. They don’t know your full story, experiences, or how you have wrestled with the topic at hand. They only get 500 or so words and they judge you on that. I don’t mind criticism when I stand up for what I believe. I do mind people criticizing me on a false allegation of who they perceive I am.

So I will push past the fear and begin by saying this, when we start talking about the price of racism in this country, the discussion often enters the arena of affirmative action, politics, and reparations—none of which I am equipped to adequately discuss on this blog. But I do believe man’s efforts to repay in this area have been mediocre at best. In other words, when we start talking about politics, sociology, and philosophies around the areas of racism, those conversations rarely trickle down to have a lasting impact on those who are still most negatively affected by American racism today. They don’t offer much hope for the little black boys and girls born in Section-8 (government owned) housing where public schools are failing them; most of the homes have a single, uneducated parent working multiple jobs; where they do not have access to opportunities; and most of their meals come out of a can.

So what offers the hope that is needed? Redemption. Redemption bears the responsibility of bringing back to a rightful condition, loosing the chains of oppression, or releasing a debt. To that end, we are all racist and I believe we all have a debt to pay. Soong-Chan Rah communicates this so clearly in his book, The Next Evangelicalism: Freeing the Church from the Western Cultural Captivity. He begins with the statement, “Racism is America’s original and most deeply rooted sin (68).” This gets a bit theological but push through it with me for a moment. He continues, “When we use the term racism, we often see this only in individual terms…But if we use the language of corporate sin [meaning sin in which a whole community is responsible for], then we are all complicit. Anyone that has benefited from America’s original sin is guilty of that sin and bears the corporate shame of that sin (70).” Payment is therefore required for those who are guilty in this corporate sense.

I agree with Piper of course that the blood of Jesus covers all sin, and because of that truth, our payment of restoration is a commitment to love. “Above all, love each other deeply because love covers over a multitude of sin (1 Pet. 4:8).” I’m not getting all warm and fussy here. I believe that the beneficiaries of racism must show their love by continuing to confess, repent, and in some way make just choices to loose the chains that continue to oppress people groups in America. As someone coming from an oppressed group in this sinful system, I must continue to confess and repent when I consider all of the negative ways this sin continues to adversely affect minorities in this country. True love begins with confession. 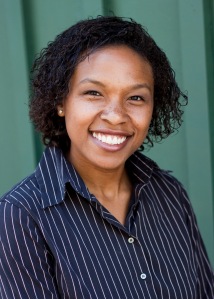 Natasha to Trillia: In chapter two, there is a subheading “The Blood-Bought People Need Help.” In it Piper writes, “On this issue [racial reconciliation], given our history, we are not as mature in America as we should be (45).” I know you are in an interracial marriage, and I do not want you to elaborate on that too much right now, simply because I’m going to focus on that topic near the end of this series and Piper addresses it in more detail near the end of the book. I bring it up because it presents an inevitable reality that your life exposes you to two worlds so to speak, some would refer to it as the Black America and White America. There are so many people who are concerned about racism and racial reconciliation and simply don’t know what to do. We all need help. I don’t want people to simply read this series and go about there lives unchanged by it. What are some ways you can suggest for readers to actually mature in this area?

“Yes, I am exposed,” if you will, “to White and Black America having an interracial marriage.” Though I would say prior to marriage, I would consider myself as being “exposed” to white America. I live in a predominantly white city; I attend a mostly white church. White America in many ways is the culture I am quite familiar with.

I appreciated when you said, “We are all racist.” So when we think of reconciliation and maturing in this area, we have to understand we are not speaking to just one ethnic group. We can all learn to love one another more, which brings me to my point. Ultimately, it’s about love. In order for us to grow in reconciliation we must grow in love for other human beings.

At this moment, I’m too tempted to fear. Fear because my answer seems so simple. But as I wrote in Celebrating Diversity in Our Homes:

Jesus commands a radical love, doesn’t he? It’s a self-abandoned love. He tells us not only to love others but to love them like we love ourselves (Matthew 22:37–39) And that’s a lot! This type of love God commands of us can only come from one source, Himself!

I am convinced that when we grow in a gospel-centered, radical love for one another we will begin to see these barriers that entangle us broken. I believe that is what happened to Dr. Piper. He realized his sin, repented and learned to love others unlike himself. It radically changed his ministry, it changed the makeup of his home, and it led him to write this book. Radical things happen when we begin to love each other. So before we can start applying practical suggestions, we’ve got to do business with our hearts and ask, “Do I really truly love my neighbor?” And that’s the question for contemplation and discussion today.