Our first snapshot of the Asian American voice is author of Missional Mom, Helen Lee. Helen is a fellow Redbud writer and you can find out more through her official website. Helen’s interview:

When people say Asian American, What does that mean? 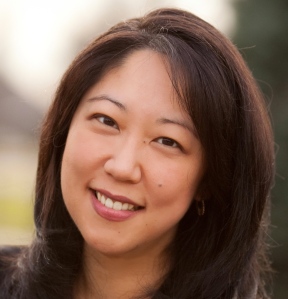 To be honest, I think the term “Asian American” is misleading. It seems to imply that all those with Asian heritage are similar; think of how odd it would be to refer to people as “European American”! Yet, I understand the need for demographic purposes to try to make these kinds of distinctions.

The official Census Bureau definition groups those with heritage from East Asia (i.e. Korea, Japan, China) with those from South Asia (i.e. India, Pakistan). Anyone from any of those countries would have strong arguments for why their particular culture is different from others in that grouping.

I was grateful for your comments during ‘The Help’ discussion, and I want to give you the opportunity to elaborate on some of them here. You wrote:

I feel that the issue of race is one in which Christians can have so much impact, by showing how the love of Christ knows no boundaries and can bridge even the widest of divisions. But we as the church have not made much progress in this area…yet. I do think that it can start on a very individual level as we each make intentional steps to push out of our comfort zones, befriend those who are different from us in a variety of ways (racial, ethnic, socioeconomic, etc.) But it requires intentionality on each of our parts to make happen.

Can you share some examples of ways people can continuously be intentional about developing interracial relationships, specifically when reaching out to an Asian American?

It’s hard to make universal statements that apply to all Asian Americans, but I will say this: Personally, when I am in a context in which I am the clear minority, (or both the only minority and one of few women–double whammy!), I naturally find myself slower to feel as though I fit in. Whether people realize it or not, I will be feeling self-conscious in that setting, due to the race component alone. So it helps me out when someone takes initiative to be welcoming and to serve as a “mediator,” connecting me with others, rather than my trying to establish those connections by myself. Some of this is also a function of my introverted personality. But I think it helps for those in the majority culture to be aware that when minorities are surrounded in a roomful of majority folks, we notice it instantly.

You have written a good bit about the pressure of pursuing the American dream and how that pursuit often robs Christians of the joy and freedom they have in pursuing God. I particularly enjoyed the honesty of your post, “An American Success Story?” Given the history of America, do you believe the pursuit of the American dream somehow contributes to racial conflict? Why or why not?

The idea of the pursuit of the American Dream—by which I mean the pursuit of the accumulation of material possessions and achievement of upward mobility–may well be a factor in the racial divides that persist in this country. Inherent in the idea of the American Dream is that it is an individual pursuit. It is not often spoken in terms of being a communal effort that we as a country are striving to collectively give everyone the opportunity to reach their dreams. Here in America, we live in a fairly individualistic culture; it’s more “every person for themselves”. So it’s easier to ignore societal problems around us as not being our responsibility or fault, and thus not something we should help to fix or change.

You are a woman who pays attention to the world. As a Christian, do you believe it is important for us to aggressively confront the sin of racism in America so that we can more effectively respond in obedience to God’s command to take the gospel to the whole world?

I think it’s important to confront the sin of racism because our God is a God of justice, and he desires that we pursue that which is right and good. And yes, one of the fringe benefits of addressing this sin is that we will have more credibility when we seek to take the Gospel to the whole world. I do believe that pursuing racial reconciliation is one key way that we can bear witness to God’s work and grace in our lives. Race has been the cause for division and strife in so many places in the world, the U.S. included. If Christians can demonstrate that having Christ in their lives means something, that it makes a difference in how we treat others of a different racial background, then that will go a long way towards making the Gospel credible both here and wherever we are seeking to take that Gospel message.

Thank you Helen for raising your voice and sharing your reflections with us.

Do you believe the pursuit of American success is an individual effort which leads to our rejecting other people (because of race, ethnicity or otherwise) who we view as competitors to us?