Neglected Voices in the Church Summary 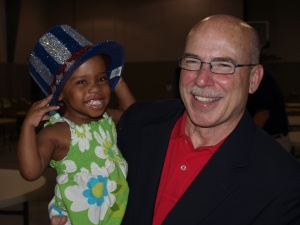 Throughout this series, I have purposely referred to the “white man” or the “white tribe” signaling the great divide between the dominate culture and everyone else in America. In spite of the drastic changes in racial and ethnic demographics in this country, white males in many cases remain “gate keepers” in positions of power which determine who are the haves and have-nots, whose voices are worthy of attention, who gets a seat at the table, and how our stories are told. We see this everywhere from the corporate offices, to school buildings, university campuses, church denominations, publication, media and broadcasting…but if the political climate is any indication, the tide is quickly turning.

It is clear that white males are quickly losing their power and ability to control others, and we must honestly consider this reality from a Christian worldview. Dr. Brenda Salter McNeil writes, “If our organization is to be a credible witness of the gospel, it is critical that we recognize these power dynamics and the ways we control others. People who have not had power in the system must be empowered to give their perspectives, raise their concerns, contribute their expertise and be able to influence change (Credible Witness: Reflections on Power, Evangelism and Race; IVP, 2008, page 68).” Once upon a time in America, power could not been shared because minorities, by-in-large, simply were not allowed the education or experience to obtain high level positions and make long-term impact in these unjust systematic structures. That is no longer the case, however; today, we have many minorities who are smart, intelligent, competent, and experienced who still hit glass ceilings, while a select few celebrate milestones like the “First African American to do [insert accomplishment of choice here].” We need to honestly ask ourselves, “Why is that?”

On the other hand, minorities from every spectrum of our diverse society are taking action, speaking up and having their voices heard. In many cases, their days of waiting for permission are over. They are starting their own businesses, telling their own stories, and shaping their legacies. This is good! One of my main concerns when this happens, however, is the posture of pride once assumed by the white dominant culture is then reciprocated by prideful stance on behalf of the minorities who say to the white tribe (either directly or through their actions), “I don’t need you.” The Apostle Paul writes about this:

The eye cannot say to the hand, “I don’t need you!” And the head cannot say to the feet, “I don’t need you!” On the contrary, those parts of the body that seem to be weaker are indispensable, and the parts that we think are less honorable we treat with special honor. And the parts that are unpresentable are treated with special modesty, while our presentable parts need to special treatment. But God has combined the members of the body and has given greater honor to the parts that lacked it, so that there should be no division in the body, but that its parts should have equal concern for each other (1 Cor. 12:21-25 [NIV]).

When considering this passage, we should not get distracted trying to determine which ethnic group is weaker. That is not what Paul is talking about. Don’t miss the point. Paul is stating here that as Christians in the body of Christ, we all need each other, there should be no division among God’s children, and we should have equal concern for one another. He makes the same assertion when he writes, “Each of your should look not only to your own interests, but also to the interests of others (Phil. 2:3).”

There is another point I want to highlight: He makes the connection between the indispensability of the weaker vessels of the body. Dr. McNeil picks up this biblical principle under the subheading, “The Power of Weakness.” She tells a story of her Urbana 2000 experience. She was a speaker at this international missions conference where she told the story of a tragic killing where a white supremacist killed a college basketball coach. In her sermon, she failed to mention the Korean graduate student who was killed by the same man (page 70). She was aware of the Korean student’s death, but did not mention it simply because she could not accurately pronounce his name (I can so relate) and did not want to appear disrespectful. This oversight left many Asian students angry, which prompted Dr. McNeil to apologize. In her closing remarks she stated, “I now understand what it feels like to be white—to try so hard to get it right but feel like you always get it wrong (pg 71).” She wrote, “That was the first time that I honestly identified and empathized with white people (pg 71).”

Therefore I say, “Extend grace to the white man.” Yes, many whites continue as privileged, primary beneficiaries of our country’s racial history. However, generalizing and grouping all whites in one category is as equally destructive as the racial slurs and ethnic stereotypes we have condemned throughout this series. When pondering racial reconciliation, we must acknowledge our own sinful pride and choose not to judge other individuals for what they are not.

Pride is lurking at the door to strangle each of us, but Christ has called us as his agents of grace to each other and to the lost world. Racial reconciliation does not and cannot happen without people who are willing to humble themselves first before God, and then before each other. When we humble ourselves before God, we learn (like the Apostle Paul) the power of weakness. God says, “My grace is sufficient for you, for my power is made perfect in weakness (2 Cor. 11:9).” We need each other and in grace we remember: God has combined the members of the body and has given greater honor to the parts that lacked it, so that there should be no division in the body.

2 thoughts on “#RacialRec: Extend Grace to the White Man”