Yesterday, Dr. Paul Louis Metzger explored the topic of God and Justice by asking us, “What’s the Big Deal about Justice?” Today, Andy Crouch, executive editor at Christianity Today has his own questions for us to consider:

Can we have Jesus without justice?

And can we have justice without Jesus? 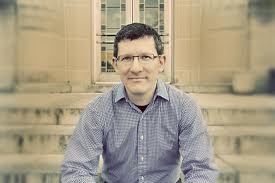 The answer to the first question is straightforward enough. If you define “justice” as “bringing good news to the poor, proclaiming release to the captives and recovery of sight to the blind, letting the oppressed go free, and proclaiming the year of the Lord’s favor,” then Jesus himself makes justice central to his ministry in his “inaugural address” in Luke 4. These sweeping promises from Isaiah are fulfilled in the person of Jesus himself: “Today this scripture has been fulfilled in your hearing” (Luke 4:22).

The arrival of Jesus fulfills the longing for justice that saturates the prophetic writings and the psalms. The recurring questions of the psalmists and prophets—Does God not see how the wicked prosper and the righteous falter? Will God act to deliver the poor, the captives, the blind, the oppressed?—are answered definitively in Jesus. Isaiah’s hearers, and Jesus’ hearers in the synagogue, would have probably first thought not of individual poor people, individual prisoners, and so forth—they would have thought of an entire people, the people of Israel, who in their exile were poor, captive, unable to see a way out of their oppression, and awaiting the year when they would return home. Jesus is good news for a people who have been plowed under, to use the alarming image of Psalm 129:3, by the powerful and heedless.

In Jesus, God answers these questions. Yes, God does see the inequities of the world and yes, God will act in the most dramatic way possible, by joining Israel’s story, and the human story, in the flesh, suffering and triumphing over the most dreadful and unjust violence imaginable, and pouring out his Spirit on a people who will bear the anointing to bring the news of “the Lord’s favor” to the whole world.

You cannot understand Jesus and his mission without understanding the biblical yearning for justice and Jesus’ announcement that he was the fulfillment of that yearning. To the first question we can say definitively: you cannot have Jesus without justice.

But can you have justice without Jesus? I think this is a harder and subtler question.

Is there good news for the poor without needing to tell them the story of Jesus of Nazareth? Can we release captives from prison without him? Can the blind recover their sight without need for supernatural intervention? Can we end oppression and “proclaim liberty throughout the land,” in the words from Isaiah engraved on Philadelphia’s Liberty Bell, without relying on an incarnate divine Agent still present in the midst of history?

To all these questions our society answers a confident “yes.” The whole point of a liberal democracy is to secure rights for the poor and just application of law without recourse to religious convictions. The whole point of a pluralist society, in particular, is to offer these goods as widely as possible without requiring or depending on any faith test. The whole point of modern medicine is to find natural remedies for ailments like blindness. (I would be as good as blind in an ancient society, with my 6 diopter myopia, but every morning my eyeglasses offer me recovery of sight.)

And I think many Jesus followers, implicitly at least, answer “yes” as well. We may believe that our own pursuit of justice is rooted in obedience to Jesus (just as our neighbors’ pursuit of justice has various roots), but often it seems to me our working definitions of “justice” itself come largely from the liberal thought world of Rawls et al., the communitarian world of Walzer, Sandel et al., or the material world of Marx, Engels et al. We apply the word “justice,” as they would, to economic systems that provide dignity and opportunity to the poor, political systems that give voice to minority communities, and social systems that remedy histories of exclusion. And often, stretching the word a bit, my fellow Christians in particular seem to apply “justice” to what other generations would simply have called “charity:” providing the basics of life (water, shoes, food) to those in desperate need.

But we should recognize how thin these secular accounts of justice are beside the sweeping vision of Isaiah that Jesus took for his own. Isaiah prophesies not just procedural remedies, but relational ones; not just human adjustments, but divine presence. He believes that the deepest need of God’s people is for God’s presence—his shalom-bringing, justice-enacting presence—among his people.

Isaiah is not just promising economic redistribution, reparations for oppression, and physical restoration, though he is indeed promising all those things. He is promising them in the context of a comprehensive restoring of relationship between God and the people called to bear his image—Israel first of all, but in Jesus’ daring expansion of Israel’s mission, ultimately all peoples, all the image bearers lost to sin.

To imagine that Isaiah, or Jesus, would think that it was enough to get these good things without also restoring the people’s relationship with their Maker and Redeemer is to commit a stunning secular anachronism. One of the most striking aspects of Jesus’ earthly ministry is how relentlessly and unpredictably he pursued relationship even as he enacted healing and justice. The woman with the flow of blood has already been healed, physically—but Jesus stops to find her, meet her, and hear “the whole truth” (Mark 5:33). Indeed, when Jesus encounters a textbook first-century villain—the Roman collaborator Zaccheus—he invites himself over for dinner first, pursuing that most intimate relationship between host and guest even before Zaccheus promises to make restitution for his oppression.

I’d sum up my answer to the questions I began with this way: Attempt to bring justice without Jesus, and you may not even get justice. You certainly will not get justice as the Bible understands it—the restoration of all things to their created fruitfulness in relationship with the one who made them.

The cover story of CT’s January/February 2014 issue is about the remarkable effects of the worldwide missionary movement of the 18th and 19th centuries. Largely without intending it, and with all sorts of weaknesses, blind spots, and indeed outright injustices accompanying them, Protestant missionaries laid the groundwork for extraordinary transformations in the societies where they went on mission. Amazingly, those transformations are still evident today in public health statistics, economic well-being, and measures of good governance.

The crazy thing is that you can bring Jesus without justice—at least, as those early modern missionaries largely did, without the clear sense of political and social implications of their preaching that we would take for granted today—and, without even meaning to do so, you will bring justice as well.

Justice is an abstract noun. It cannot look, feel, think, move—or love. And like all abstractions it is susceptible to idolatry, becoming an absolute good rather than a good dependent on the One who is Good.

But Jesus—Jesus is a Person, the Icon of the invisible God. Worship him and serve him, and he will step into your life, like he did into his hometown synagogue, and proclaim his mission. Jesus the Lord will bring the justice that is the mark of true lordship. Indeed, he will not just bring justice—he is justice, the embodiment of God’s yearning that creation be restored as his image bearers are restored. If you follow Jesus, he will use you to bring justice. If you want justice—follow Jesus.

Andy Crouch is executive editor at Christianity Today. He is a senior fellow of the International Justice Mission’s IJM Institute and the author of Culture Making. His new book, Playing God: Redeeming the Gift of Power, is now available. Connect with Andy through his official website http://andy-crouch.com and Twitter @ahc.

7 thoughts on ““No Jesus, No Justice” by Andy Crouch”