I had the pleasure of watching the movie, “Hidden Figures” during opening weekend. It was a birthday gift to myself. I love seeing well written stories and brilliant acting on the big screen, and my heart gets all the more excited when those stories are being told about and by beautiful black people. Such is the case with this movie.

Who Were the Hidden Figures? 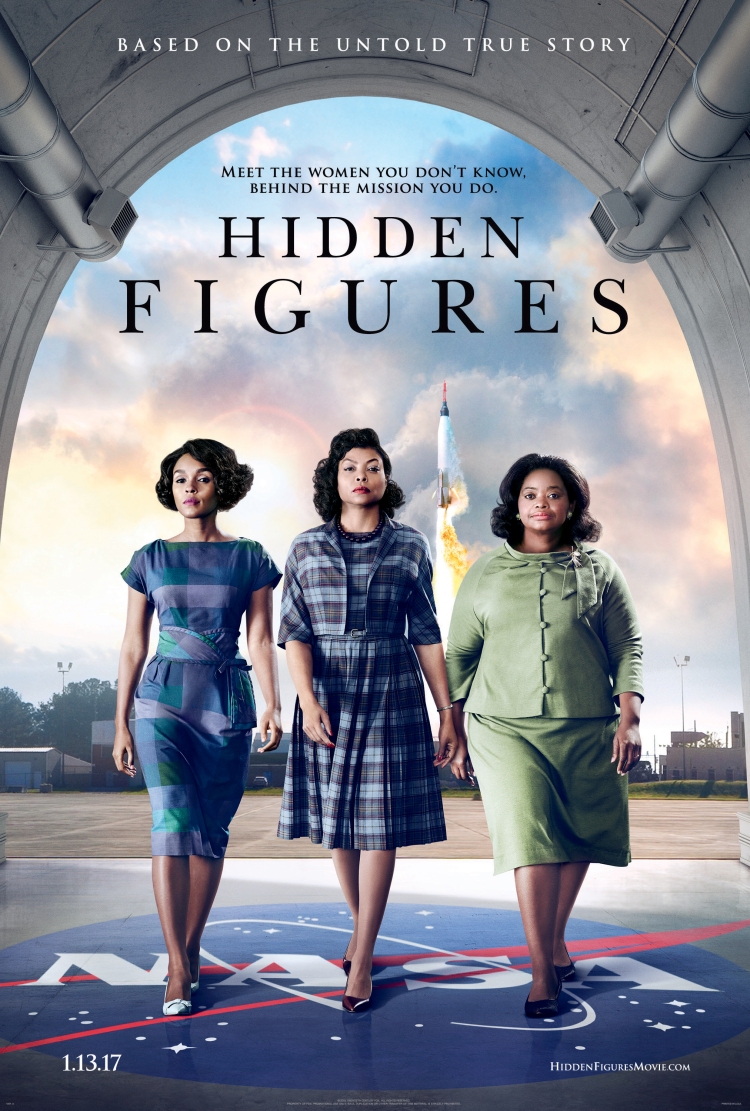 Throughout the movie, the all-star cast led by Academy award winner, Octavia Spencer (Dorothy Vaughan); an Academy nominee, Taraji P. Henson (Katherine Johnson); and Grammy nominee Janelle Monáe (Mary Jackson) approach the challenges of being black and woman with a great deal of intellect, grace, and even some wit. It addition to telling this great American story and introducing many of us to these American sheroes, the movie provides a history lesson and a glimpse into some of the systemic injustices that remain hidden and why.

Let me begin here: When watching a movie that is based on or inspired by a true story, it is sometimes difficult to determine how much of the movie is historically accurate and how much filler is required to effectively bring the story to light.

We know from reading the Bible that a narrative can begin in one place only to have the story pick up in another place. When that happens, we long to know the in-between (like what transitioned in Jesus’ human life between the time that his parent’s lost him and he was “about his father’s business” in the temple, until the time that he began his earthly ministry in his early thirties). Sometime we are just left wondering. At other times, we try to fill in the gaps as best we can with the information that we do know.

In this instance, there is much to know about these women themselves (especially since Katherine Johnson is still alive), the federal government system in which they were required to operate, and the time period that they grew up in to fill in the unknown gaps with some integrity.

The time period was the early 1960s in America. The focus of NASA and the federal government was the Space Race (how Americans could get into space first). The Russians beat us by successfully having the first human journey into outer space in the spring of 1961. This defeat—what American government leaders saw as humiliation on the world’s stage—along with our concern for national security and distain for Russia was the catalyst that changed the personal and professional lives of these courageous women.