Why I picked up this book:

Since I write book reviews, I often have the pleasure of receiving surprises like this one from various publishers in the mail. The title and book cover were both intriguing and I have come to trust the publisher, InterVarsity Press to discuss important topics with thoughtfulness and biblical integrity. In times like these, I really wanted to hear what the author, a white man, had to say on the topic. 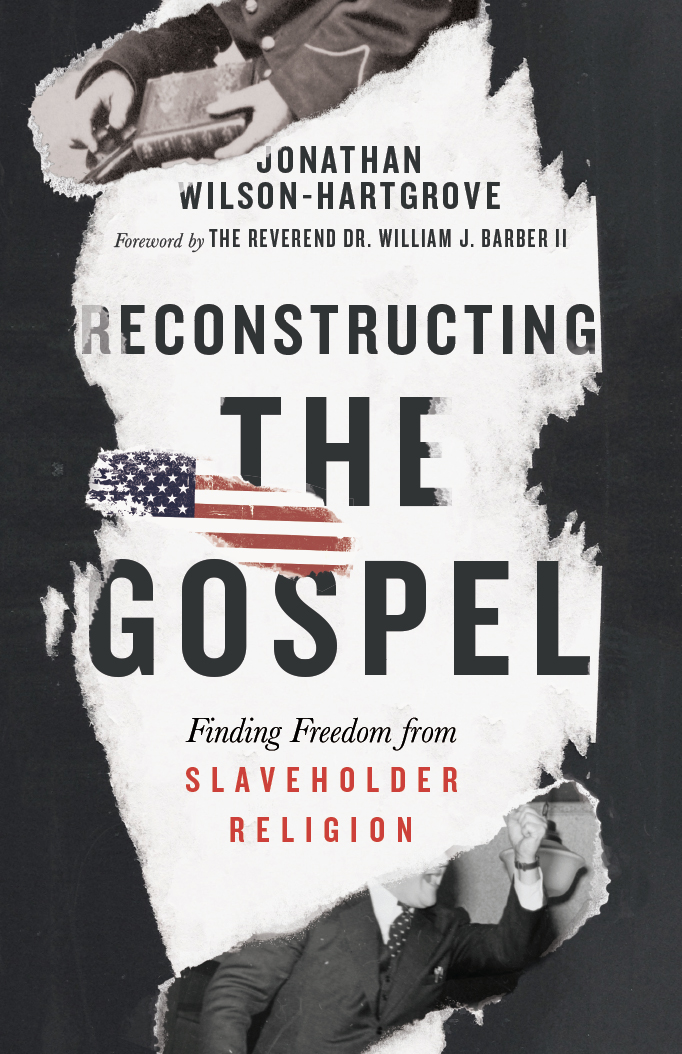 Who Should Read Reconstructing The Gospel:

Anyone who considers themselves an evangelical should read this book. It is particularly important for those who worship in multi-ethnic churches or those who are seeking reconciliation and justice in our country.

What’s in Store for You:

This is a redemptive story about how the author, Jonathan Wilson-Hartgrove, had to come to terms with the inconsistencies of the gospel message that was preached to him and was passed down from his parents. That gospel message was laced with white supremacy (a loaded phrase I know) but he shares honestly and thoughtfully about how that happens intentionally and subconsciously when you look at America’s history of injustice against people of color, and black people in particular.

From the very beginning, it is an honest confession. “the gospel I inherited is divided.” Throughout the book, he makes a clear distinction between the gospel of the slaveholder (which he inherited) and the gospel of Christ (which is not greedy, doesn’t control or oppress people but rather causes them to walk in freedom). To repent of his old ways, he has spent years submitting to and learning from the leadership of black people. Then he writes plainly, “a gospel that doesn’t confront racism is no gospel at all.”

Although believers of the New Testament faced different religious and cultural challenges than we face today. There is so much that we have in common. Like the original disciples, our American culture has caused Christians to seek a Messiah that will take over, establish our nation, and drive our political agendas (regardless of which party line you taunt). The problem for them and us (sometimes), is that Jesus was and is not “that” type of Messiah. Jesus came to establish a new world order that is not dependent upon our human metrics of success.

In his kingdom the first will be last and the last shall be first. In his kingdom, he does not look on the outward appearances but measures the heart. In his kingdom, metaphorically sheep will be separated from goats depending on how they treat people (Matt. 25:31-46). In his kingdom, he humbled himself even until the point of death and he calls his followers to lay down their lives for the sake of others. This is not the American way. This kingdom mindset is foreign to us, and that is why it is dangerous to lay what little we think we know about our faith over a national or political agenda. Our allegiance to the latter will cause us to falter every time if we do not have a singleness of heart concerning the former.

I appreciate Jonathan’s efforts to name and expose “how racial blindness, racial habits, and racial politics are tied together in the slaveholder religion that has been passed down to us in America simply as ‘Christianity’.” This book includes some important historical and cultural commentary which reminds readers that Jesus had the harshest critiques for religious leaders who claimed to know the truth of the law but denied the spirit thereof. The Father, the Son, and the Spirit are one. The author reminds us that “reconstructing the gospel is, first and foremost, about knowing which Jesus we follow.” Shall believers follow the Jesus of the slaveholder which knows “how to worship Jesus on Easter Sunday morning and stamp out ‘Negro rule’ in the afternoon,” or do we worship the Jesus of the Bible?

We must not forget that “Jesus was killed by an immoral majority who were offended by the way he read the Scriptures and sought to reconstruct their message.”

Since I have served and keep membership in predominately white culture churches for more than a decade, I particularly found this book helpful because there are so many white brothers and sisters that want to understand the racial divides and they want to fix the problems, but when I press, challenge, educate, or correct them regarding systemic injustices or racialized policies and history, it is not difficult to see how deeply their faith is connected and laced with their nationalistic gospel. This book gets to the heart of that matter when stating, “the contradiction that white evangelicals in America must face—far too often, our piety looks like sin to people of color who feel they wear their skin like an invisibility cloak before white evangelicals.”

“White supremacy doesn’t persist because racists scheme to privilege some while discriminating against others. It continues because, despite the fact that almost everyone believes it is wrong to be racist, the daily habits of our bodily existence continue to repeat the patterns of white supremacy at home, at school, at work, and at church. White supremacy is written into our racial habits. In short, it looks like normal life.” Jonathan Wilson-Hartgrove

“A cross is what you’re forced to carry after you’ve been identified as an enemy of the established social order. Jesus says that when we join his movement, we’ll face daily consequences of this social nonconformity.” Jonathan Wilson-Hartgrove

“The greatest threat to the gospel in America is not that it will be lost in translation; it’s that it will be confused for the Christianity of the slaveholder.” Jonathan Wilson-Hartgrove

“While it is clarifying to distinguish between the religion of the slaveholder and the Christianity of Christ, the fact remains that there is nowhere we can go to learn and practice the pure and unadulterated Christianity of Christ. White supremacy has shaped us all, though in markedly different ways.” Jonathan Wilson-Hartgrove

Change your racial habits and you change the way you see the world….When you open your eyes after a lifetime of blindness, the light can be unbearable. @wilsonhartgrove

There is no way to preach the gospel without proclaiming that the unjust systems of this world must give way to the reign of a new King. @wilsonhartgrove

We are weary people in a wounded world, and Jesus is calling us home. @wilsonhartgrove

Next Up on this Topic: